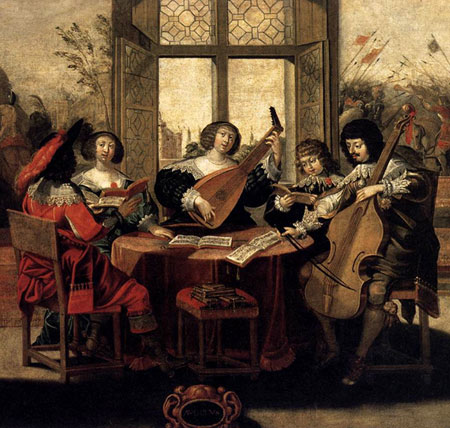 September 27 - October 12, 2018 St. Petersburg The twenty-first International Festival EARLYMUSIC will be held with the support of the St. Petersburg Committee for Culture from September 27 to October 12, 2018. In the key concert halls of St. Petersburg the festival presents five concerts, the premiere of the Baroque ballet in three novellas and the first experience of mastering the Russian theater of the XVII century - staging the school drama of Simeon of Polotsk "The Comedy of Nebuchadnezzar." The most authoritative Russian forum of ancient music in authentic performance is occupied this year with obvious and hidden links between the arts and sciences - poetry and drama, rhetoric and music, history and astronomy. No less important for the festival is the theme of the discovery and its proof. Concerts of the festival convince: the most stunning theories can be confirmed by the forces of the music itself. The main figures of EARLYMUSIC-2018: for the first time in Russia British stars of authenticity Andrew Parrott and his TheTavernersChoirandPlayers; frequent guest of the festival is the English baroque harpist Andrew Lawrence-King; German choreographer Klaus Abromait; own collectives and faithful associates of the festival - "Soloists of Catherine the Great", "Baroque ballet of Anjolini", baroque actor Danila Vedernikov, baroque violinist Andrey Penyugin, fashion designers Larisa Pogoretskaya and Lilia Kiselenko. XXI International Festival EARLYMUSIC

With the support of the "Delsall Foundation" (USA) Premiere

to the 200th anniversary of Marius Petipa

In the ballet program of Klaus Abromait:
"The Venice Carnival. Comedy of Masks "
"Louis XIV - King-dancer"
"The Queens of the North"
The XXI International Festival EARLYMUSIC presents the premiere of the baroque ballet evening in three novels. German choreographer Klaus Abromait, the most prominent ballet specialist of the 17th and 18th centuries, devoted more than ten years to his time and power to the education of authentic dancers in St. Petersburg. As a result of the educational activity of the festival EARLYMUSIC and with the active participation of Klaus Abromait, the collective "Baroque Ballet of Anjolini" was created. Now this troupe is among the best European collectives, reconstructing the dance language of the pre-classical periods. Ballet evenings at the festival EARLYMUSIC - a rare opportunity to get acquainted with the baroque dance in its original form and impeccable performance. Costumes for the production was created by the brilliant Petersburg fashion designer Larisa Pogoretskaya. For the 21st EARLYMUSIC festival, Klaus Abromait staged a three-part author's performance. "Venice Carnival. The comedy of masks "- a series of miniatures in the Italian ballet style, created for the music of the dances from the opera by Andre Camra" Venetian Carnival ". In carnival fun, not only a coherent plot is traced, but also a philosophical theme: the characters wear masks to see their true faces, the human essence. The novel "Louis XIV - King-dancer" is dedicated to the French dance style of the XVIII century. Court scenes are based on the recording of dances and music to them from the famous treatise Raul-Auger Foyer "Choreography" (1700) and his collections of dances. All the reenactors of baroque dance begin with this fundamental work, presenting more or less authentic and artistically valuable transcriptions of dance records. Thus, the novella of Claus Abromite "Louis XIV - King-dancer" enters the pan-European battle of interpretations. "Queens of the North" narrate about the Russian ballet before the appearance of the Russian classical school. In the year of the 200th anniversary of Marius Petipa, the EARLYMUSIC festival recalls the 280th anniversary of the founding of the Dance School, now known as the Vaganova Academy. During the reign of Anna Ioannovna and Elizaveta Petrovna, the ballet flourished, French, Italian, Swedish choreographers and composers worked in St. Petersburg. Klaus Abromait pays tribute to their art in productions to the music of the symphony by Giovanni Alberto Ristori, dedicated to Anna Ioannovna, and Domenico Dalolho's symphony "The Cossack."