Electronic tickets and check come to the e-mail specified in the order form. Do not forget to check the Spam folder if you do not find them after payment. If the tickets or check did not arrive within 5 minutes, please follow the instructions in the Order Policy.

Security of online payments is provided by PJSC "Sberbank".

You can always check the electronic cash receipt: on the site "1OFD" or through the application of the Federal Tax Service Russian Federation. 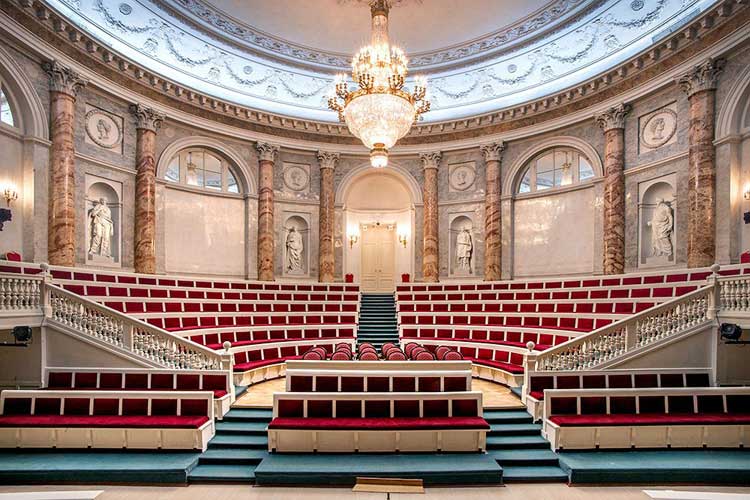 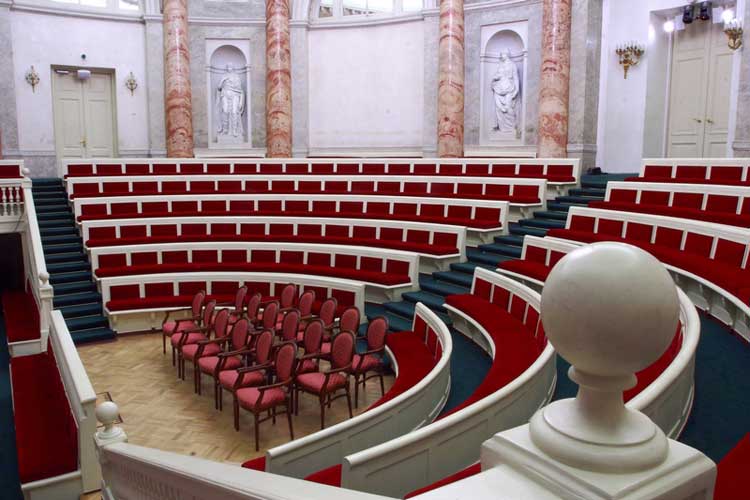 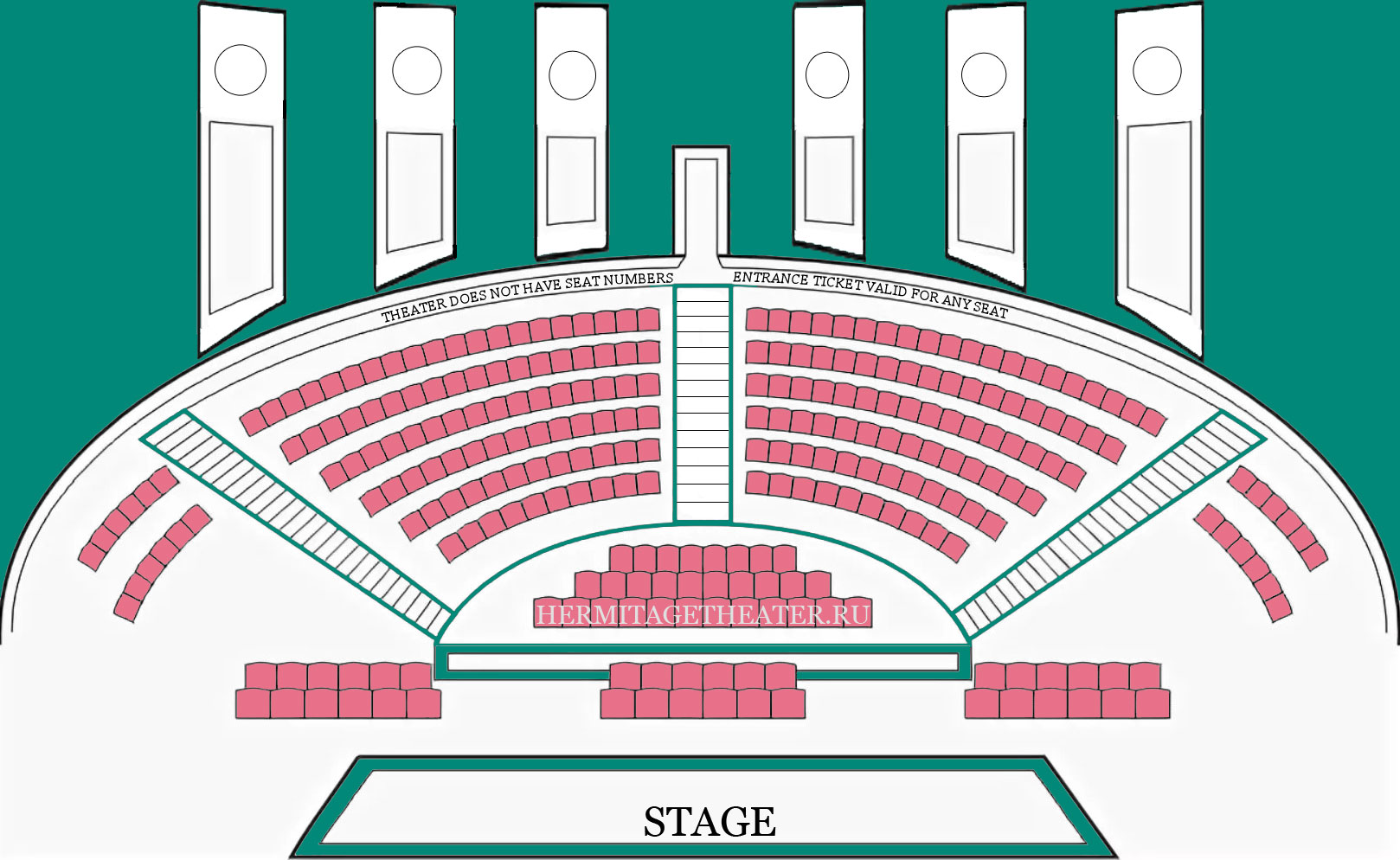 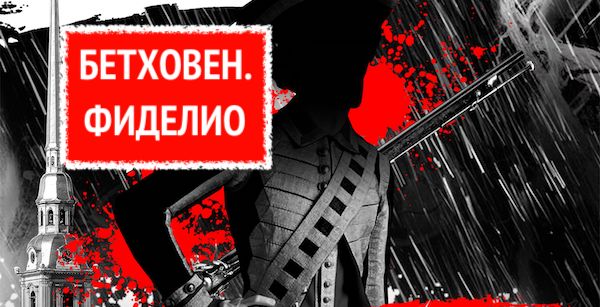 We draw your attention to this event are sold tickets c numbering seats!
Tickets are ordered in 2 stages:
You make an order on the website by pressing the button to pay, your order is sent for confirmation.
After confirming your order, a link to your payment comes to your mail, you follow this link, you pay, and e-tickets come to your mail.

During the COVID19 epidemic, the number of tickets sold has been reduced. We kindly ask spectators to comply with the instructions of Rospotrebnadzor: it is necessary to wear masks or respirators in the theater premises, as well as observe social distance in the hall, foyer and cloakroom. All necessary preventive measures are taken in the theater. In the year of the celebration of the 250th anniversary of the birth of Beethoven, the St. Petersburg Concert and the St. Petersburg Symphony Orchestra conducted by Sergei Stadler will present a new production. Fidelio is a great opera: Beethoven created a work that is relevant for any time. In whatever historical context its plot is placed, it looks organic, and the classical style of music only emphasizes its versatility. In the version of the director Irina Fokina and the artistic director of the production, Sergei Stadler, the action is transferred to St. Petersburg in 1825. The choice of the era is not accidental, because the events of the December uprising are unusually consonant with the ideas of the composer and the Great French Revolution. Like the Decembrists, Beethoven's Florestan is a man equal in status to his opponents. No matter how noble the motives of his struggle are, he fights primarily for power. But there is another feat - the feat of women, the feat of Leonora, who fights for the life of a particular person, for a small (on the scale of revolutions) personal happiness. The creators of the play pose philosophical questions for the audience and find relevant solutions for their implementation in the theater space. Gorgeous historical costumes are organically combined with video projections, chronicles shows, and references to the language of modern culture. Beethoven's opera is written in an oratorio-symphonic style, which, on the one hand, makes it very difficult for stage implementation, and on the other, makes enormous demands on the singers and the orchestra. The history of Russian productions of Fidelio is rather modest. Probably, during the Tsarist and Soviet times, the events described caused too many associations. In the 21st century, there have been several concert performances and a number of individual performances within the framework of festivals. The appearance of Beethoven's only opera in the form of a full-fledged performance will become one of the main events in the cultural life of the country. The premiere of the performance is timed to celebrate the 90th anniversary of the Petersburg-Concert. Soloists will be announced later Director - Irina Fokina Set Designer - Alexey Levdansky Costume Designer - Zhanna Usacheva Choreographer - Dmitry Pimenov Lighting Designer - Nauriz Mundurs Baltic choir State Dance Ensemble "Barynya" (artistic director - Honored Artist of Russia Tatyana Timokhina) Responsible accompanists - Zarina Jatieva and Yuri Kokko St. Petersburg Symphony Orchestra artistic director and chief conductor People's Artist of Russia Sergey Stadler Conductor - Sergei Stadler The plan of the hall of the Hermitage Theater with the numbering of seats 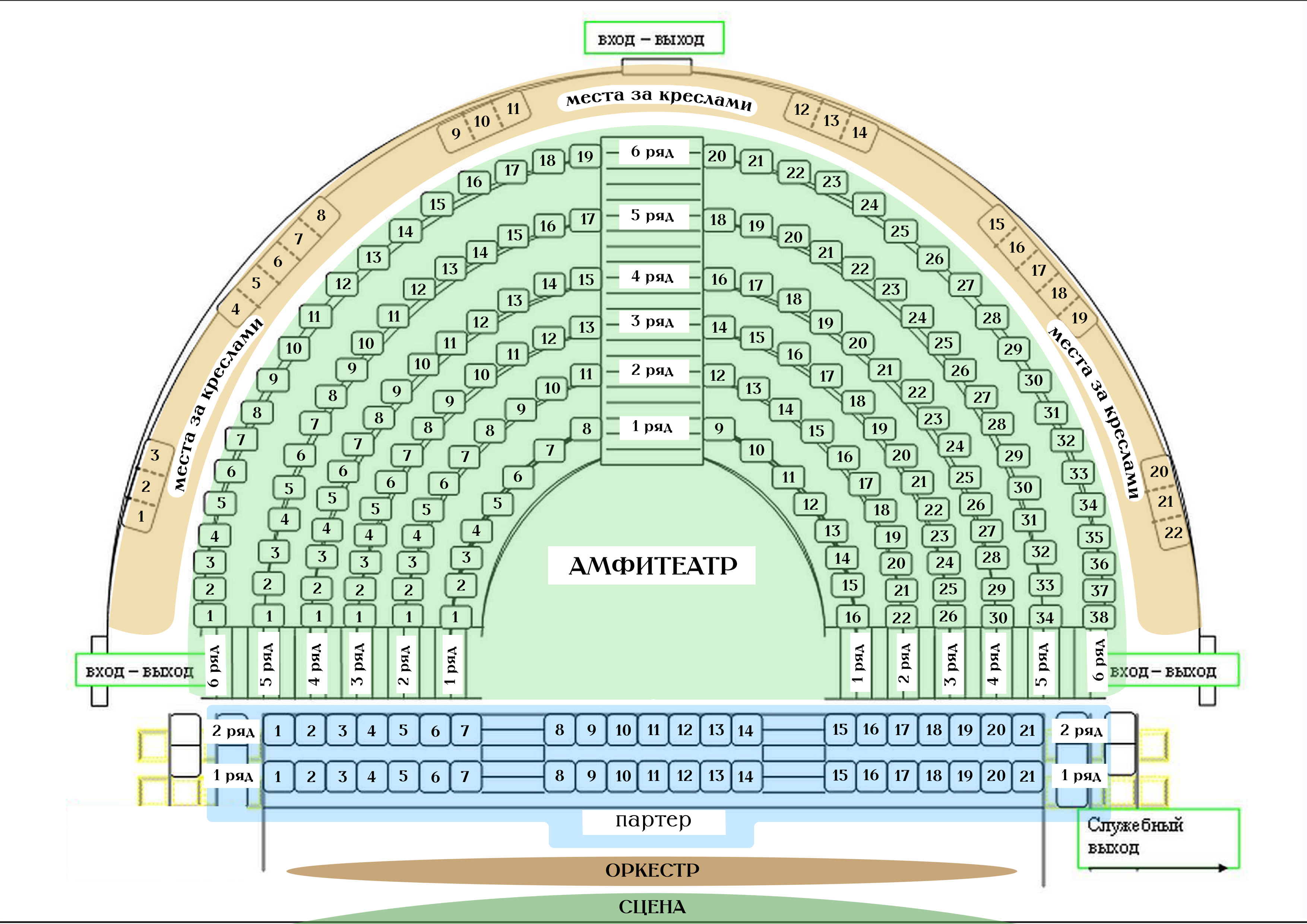